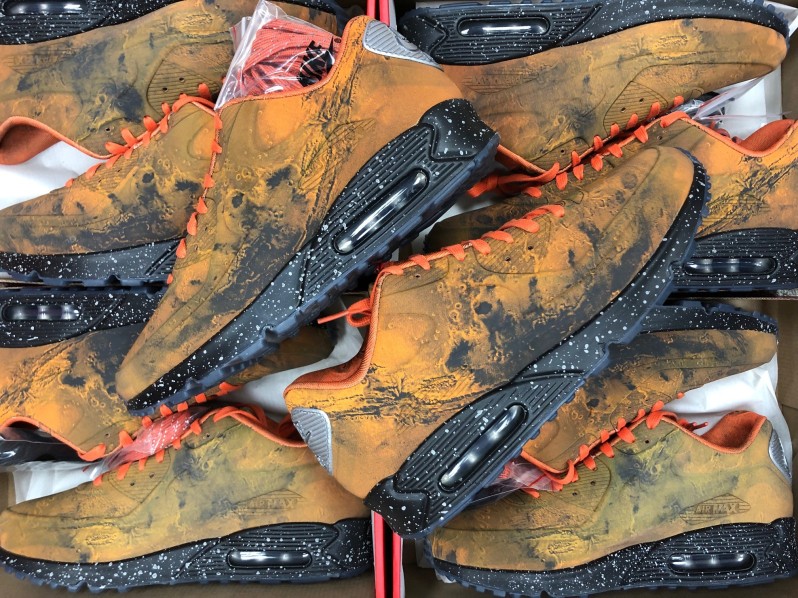 What’s crazy about this pair is that I got more DMs about what I think about the prices for these Mars Landing will be in the future as opposed to DMs asking me if I have a pair for sale…LOL. I normally don’t do price expectations write ups early for various reasons such as conflicts with my buying, but I realized price expectations takes time to reflect and what matters is now and not tomorrow anyways.

Are prices going to go up?  That’s always the question I get…but in my opinion it always should be HOW long will it take for prices to go up.  Everyone’s perspective is different in terms of resell.  Some people want the quick flip and some people look for the longer term high margin flip.  Regardless of which side you are on, knowing when it would go up is just as important of whether it will go up or not.  Like I mentioned before, these “QS – Quickstrike” releases are usually biased towards price increases due to limited supply.  Hence, the only determining factor is whether or not the demand is there.  I only saw the shoe in hand 2 days ago and in my opinion it’s a dope shoe, but it’s probably not something I would want to wear on my feet.  They would look good on a sneaker display in my room because I’m a 3M fan, but it’s definitely too loud for me to wear.  The fact that it more or less has a story behind them and being a sequel to the initial Moon Landing pair that dropped in 2014, I think demand will be there for this pair.  With that said, of course none of these pairs will sit long or at all in retail stores.  Current re-sell prices isn’t a smash hit as we speak right now selling close to retail at $160 USD, but that was also the case for the Moon Landings when they first released.  If memory recalls me correctly, the moon landing was maybe selling higher in terms of re-sell when they were released, but I don’t think many people would have expected it to go to current prices of $900 USD+ right now. 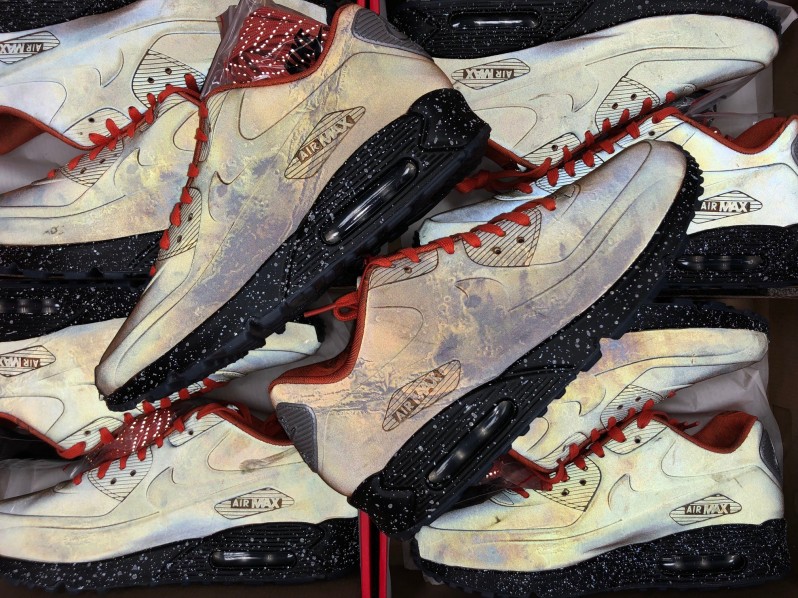 Ok, so prices are sure to go up…now what?  Personally I don’t think prices will go up fast enough for me to invest heavy money on them.  If Moon Landings were a good example to compare, it’s not really the best investment for me given my limited capital.  From a business perspective, I want to invest in shoes that would provide the biggest return in the shortest time possible with the least amount of risk.  However, if you’re a small time player and have some spare cash lying around in your savings account, this is not a bad investment in my opinion.  The reason I say this is because after market prices as of right now are extremely affordable and its more of a buyer’s market right now where if you have cash, you got many sellers looking to sell to you on your terms.  You don’t have to go out of your way to beg people to sell to you.  With that being said, you should have no trouble copping multiple pairs.  Compared to an OFF White release, you probably have to fight against other people to purchase a pair and at that point, would you rather drop a lot of money on just 1 pair or use that same amount of money and buy multiple pairs that is almost guaranteed to go up in price?  The downside as I mentioned is it would probably take some time for this pair to go up in value to make the investment make sense, BUT if you have money lying around and not worried about the short term flip, then buying some and putting in the storage is good move.  Just think about it….IF everyone did exactly this right now there would be no pairs on the market and prices would by default shoot up, but of course this doesn’t happen in the real world as most people can’t afford to hold on to pairs due to cash flow limitations and that is why pairs get bought and sold every day.  However, the 2-3 pairs you hold means 2-3 less pairs that get sold on the market and prices will eventually bias upward as a result of decreased supply.

[VERDICT] – If you’re looking for a quick profit, this pair isn’t for you.  It would probably take ATLEAST a good 12 months before we would see a sensible profit.  1 year prices would probably trend around $250-$300 USD at most in my opinion and even then you’re probably making less than $60 a pair?  However, if you’re a passive guy with spare money and have nothing else better to do with it, then now is a good time to cop pairs literally close to retail and put in the storage.  If any predictions were to be made, say the pair sells around $600 USD in 5 years ($160 USD retail), you would have technically made 3 times your money, which is MUCH better than the 2% in interest you get from your bank savings account.