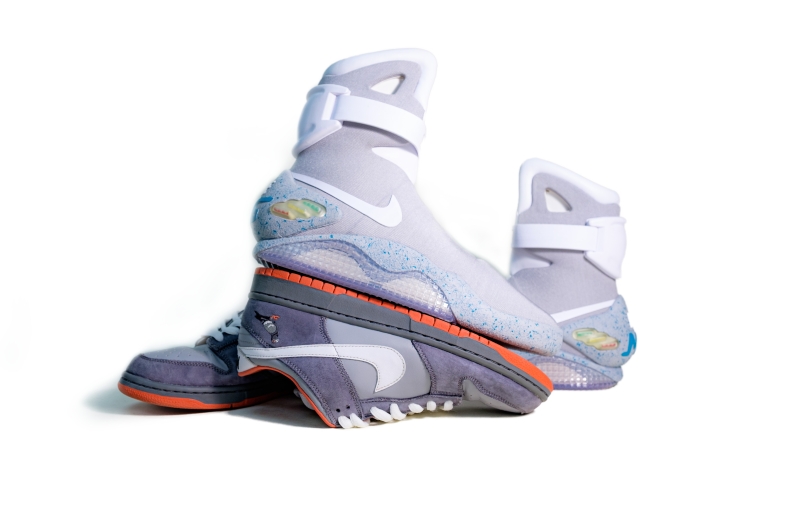 Couple blogs ago I wrote about how I got my first call up to the re-sell big leagues a few years ago and that was really the time I realized how much potential there was in the resell game.  Prior to that I was still doing business, but it was at a much smaller scale and to be honest I was operating at a pace that I was comfortable at and was playing within my means.  Getting the call up was great because that really changed the way I saw business and this opportunity gave me an exclusive access to inventory that is not readily available to most, but the most difficult part was surviving in the big leagues.

The feeling is similar to a person that has never swam in their entire life and getting thrown in a pool to learn to survive on their own.  Well you know the theories of swimming such as to keep your head up and keep kicking so you don’t drown, but how you survive is completely on your own.  In the previous blog I talked about getting my first dibs at about 50 pairs of DS Kaws 4s, which costed me about $50,000+ cash up front.  Keep in mind I’m paying up front which means I didn’t have the luxury to get inventory up front and pay back the money as I sell.  I had to take all the risk up front.   As I mentioned I already maxed out all the available cash at the time to do this deal and not only that, I had to keep the business running with no flexible cash flow in place.  I was pressured to make sales to keep the money flowing.  The most difficult part was picking and choosing which pairs I should keep and which pairs I should off load to generate cash.  Trust me, this was not an easy task and had I had the luxury to keep all the pairs I had at the time, I probably would be very well off today.  BUT as I mentioned I’m happy where I am today and had I didn’t sacrifice certain pairs back then, I wouldn’t be here in the first place.

What was going through my head at the time was I was offered 50 pairs right off the bat.  I didn’t want to push back and say I only want 25 because I was worried by doing so would create unwanted competition down the road and it would come back to haunt me.  Think about it.  If I said I was only comfortable with only 25, what would happen to the other 25?  The supplier may or will look for other buyers and that means if I were to grow bigger in the future I may have to share inventory or “outbid” others.  I mean I may not be the sole buyer of their inventory, but atleast for me to keep up I can guarantee my portion of the pie and not less.  This is why I rather stretch myself at the time than playing it safe as this opportunity was a rare one – and truthfully looking back…I made the right decision.

NOW here was the hard part of surviving in the big leagues.  CASH MONEY! It seemed like I was never able to keep up with the cash demand.  Shortly after the Kaws deal, I was working hard in offloading certain inventory to make up for the shortage of cash, but as soon as I knew it…I was offered more releases on the calendar, which means I wasn’t working fast enough.  I can’t remember exactly which pair it was exactly, but it was either the Jordan 4 Denim’s or Jordan 3 Free Throw Lines.  Wait…or was it the Jordan 1 Top 3 Gold?  Anyways, I ended up taking up all 3 offerings of the pairs, but man I was struggling!  The new problem I had was not only did I need to come up with MORE cash, but my window to turnover was getting smaller and smaller.   In the past I operated Netmag on a leisure basis with the side job mentality.  Customers knew i had the sneakers, but I was pricing at a point where it wasn’t the cheapest, BUT if you wanted it, I always had it – so my prices were just a tad more expensive than my competitors so my sales were sporadic and unpredictable.  However, with the new cash demand and tight time frame I was forced to change that business model and trade off to take lower margins for a more predictable and faster turnover of cash flow. 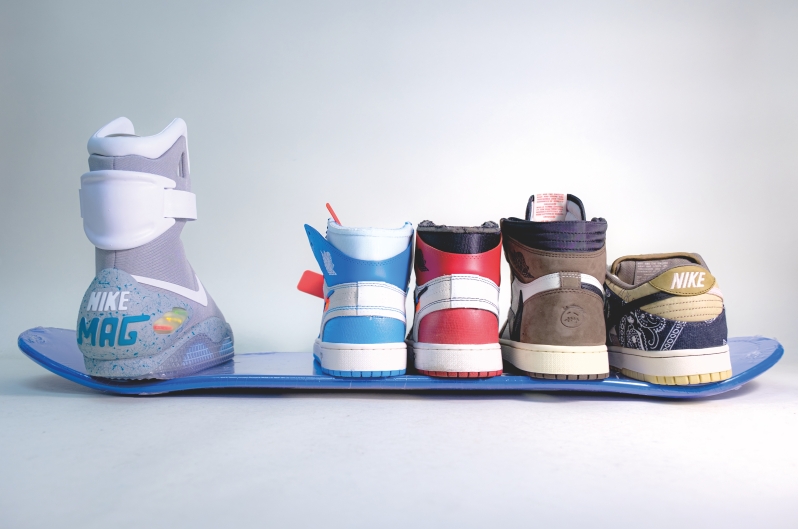 I was struggling so hard in the beginning because I would be like writing $20-$30k cheques on a monthly basis and that was a lot for me at the time.  The BIGGEST challenge then hit around the time the Off white UNC Jordan 1s dropped.  At the time I was able to secure a lot of pairs and I remember for that drop I wrote my first ever $100k cheque.  After that point, I knew I needed to work faster and harder because if I didn’t I wouldn’t be able to keep up with the next drop.  Cash was evaporating like water on a hot summer day, but I managed to keep it together some how.  I honestly don’t even know how I did it, but I just kept being creative and using every available resource I had to make ends meet.  Struggling to turnover inventory fast with low margin came the birth of the idea of $11 Subscriptions which reduced my burden/load of having to sell sneakers the conventional way.  Luckily I still kept my 9-5 day job that helped me covered most of my living expense, but I threw every single dollar I had to stay in the game and went as far as selling my investment condo to free up more cash flow. I mean no one in the right mind would sell their condo to buy sneakers.  If I told this to any logical businessman that I sold my condo to buy sneakers…100% everyone would have called me stupid.  But I was highly confident and knew what I was doing and looking back…with the money I took out from selling my condo, I probably more than doubled that amount by now as opposed to just earning only maybe $3,000 in rent money a year after all deducting the mortgage and taxes.

People nowadays may look at the the sneaker market TODAY and say yeah, investing and reselling sneakers is a smart thing…but a few years ago before it was this HOT, it would be difficult to make that call and to justify putting all your chips in and going all in.  The struggle was real and after 3 years now I can finally say I am now able to keep pace with cash flow and finally cleared up all my outstanding debt over the years.  Being forced out of my comfort zone was actually a blessing in disguised because it forced me to keep my head above the water at all cost.  Some might have just given up and drowned cause that would be the easy way out to end the pain of struggling, but being a survivor… all I can say is your hard work will never be wasted.  Even if you fail in business you don’t really lose because you have learned valuable lessons that school doesn’t teach you.