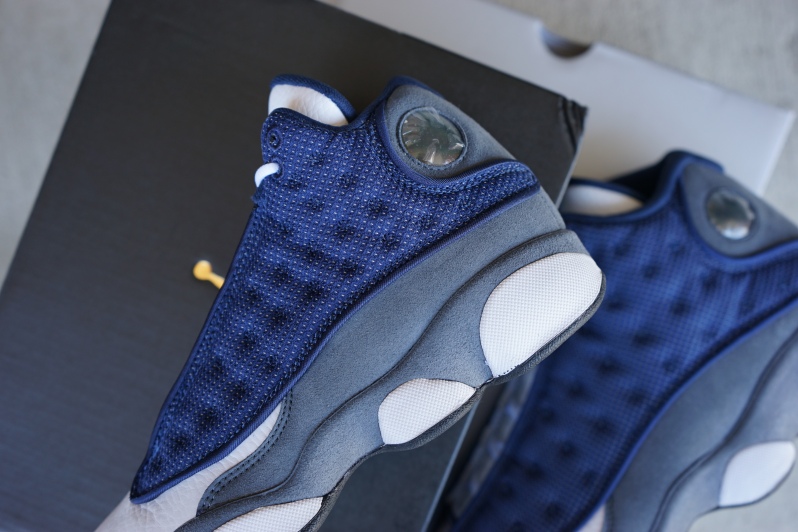 Jordan 13s has been a very predictable sneaker over the years in terms of re-sell price trends.  You usually wont’ lose money, but waiting for it to go up in price can take a long time….and I mean a really long time.  This is respect to the retro colourways (ie, breds, chicago and flints) and not the new colourways.

With the recent releases of the Flint 13s, we have the luxury to easily see where resell prices would land because this shoe was first released in 1997 and has been retro 3 times in 2005, 2010 and now 2020.  Prior to the announcement of the retro of the 2020, prices of the 2010 retros were actually selling quite respectably high around $400 and this tells us a lot about the demand for this sneaker in terms sneakerheads actually looking to buy this sneaker to wear.  I honestly don’t see re-sellers looking to buy and flip this shoe unless there was a deal.

As expected when they were released this time around it was a no brainer that it would be an instant sell out and indeed it was. In fact the resell prices were quite favourable just prior to the release but of course prices started to drop once people started flipping their pairs.  This isn’t a sneaker I typically would go for in terms of investing, but I did buy a few pairs as they were available to me.  Not going into too much details, sometimes when I get offered pairs at a favourable price (usually in bulk) I may buy them anyways if there were no other sneakers I need to go for that I needed to focus my capital on.  Moreover, since all the sneakers has been delayed from the top as of late and knowing I most likely won’t lose money on this pair…I picked up a few pairs anyways just so I have them in stock and benefit IF the market unexpectedly gets hot on these.

So where are these going next?  Right now they are trending around $250 USD, which is about a 30% premium on top of the retail price.  From a resell standpoint it’s kind of in a dead zone because are you going to sell it and make only $10-$20 after fees for a sneaker that was somewhat difficult to cop?  That’s assuming you paid retail.  As I mentioned before I wouldn’t mind $10-$20 margins if it’s on sneakers that I have crazy quantities on because I know I can make it back in volume if I scale to make it worth it.  However for these I certainly wouldn’t sell it now given the tiny margins and low quantities I have.  These are pairs that I would just stash away for a year or even 2 to see where the market goes.  I mean ideally I usually invest in pairs that would go up in price in the shortest time possible, but sometimes it’s fun to also take some risk on pairs that play out in a slightly longer term if the downside risk is low for a chance for an unexpected price pop.  In this market you never know…if Travis Scott was to randomly wear these tomorrow, it might be too late to cop pairs then.  So where do you think these will be selling at next year this time?

Comment down below on where you think prices would go OR whether or not you copped a pair to wear or to resell.  I will be giving away a pair of GS size DS Flint 2020 in size 4 or 4.5 US to one random person in the comments below.  You must also follow the blog and comment on our IG post as well to be eligible for the draw.  We will provide free shipping for the winner within Canada and US only.  No purchase necessary.