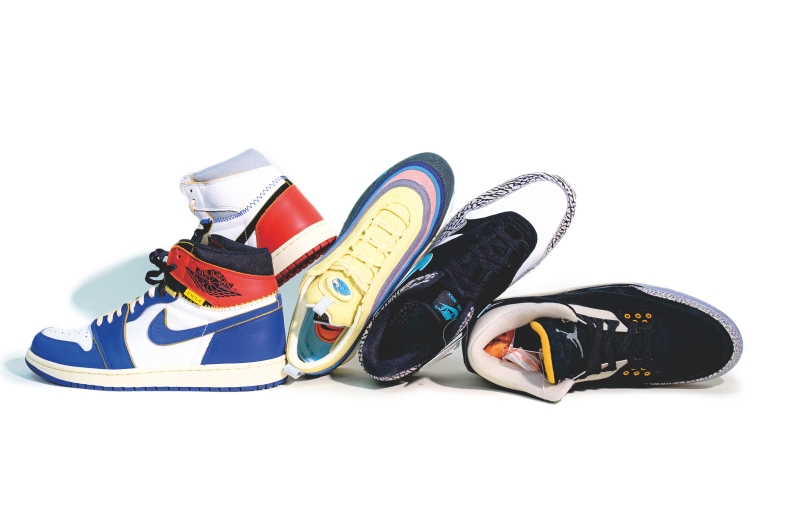 It’s weird because I didn’t get this question from just one customer, but rather several customers asking whether or not I am leaving the game.  So I asked why do you think so?  They said because I’ve been selling so many grails lately and even dabbing into my personal stash.  For the record I am NOT leaving the game and WHY I’ve been selling so much lately is based on 2 reasons.  One reason is because I have a lot more time on my hands now that I don’t have to physically go to work and work from home.  This allows me to post more and be at 2 places at once.  For those that don’t know, Netmag is still a side hustle for me relative to my 9-5 job.

The second less obvious reason why I have been selling a lot is because of the strong US currency in the past 1-2 months.  My home currency is CAD, which means for all the sales I make in USD I need to convert it back to Canadian dollars.  The current rate right now is approx 1 USD = 1.40 CAD. I started Netmag about 6-7 years ago and the rate back then was close to par, which means 1 USD= 1 CAD.  Of course the rate has increased over the years, but over the years  I have been buying a lot when the USD dollar was much lower than 1.40.  So in theory IF the selling price of the sneaker doesn’t change at all, but the currency goes up 20%…my profit margin is actually 20% higher and of course I usually buy sneakers that go up in value as well.  So one can imagine now may be the best time to lock in some gains.

With the rate of how much the US government is printing money as of late I honestly don’t expect the US dollar to stay strong for much longer nor do I think the US government wants to keep their exchange rate high in the long run because this will hurt their exports in a slowing economy.  So with that said, my goal is really to clear as much inventory I can to convert back to CAD cash (as much as I can) and hopefully go in strong on new inventory when the rates come back down to maybe around 1.2-1.3.  This is also why I have decided to slow buying inventory considerably over the last 1-2 months.

So if you’re a US re-seller you’re probably thinking how does fluctuating exchange rates affect me?  Well to be honest, for the most part it doesn’t.  If sneakers was solely a game that’s only played within the US – the law of one price should hold.  However, the game of sneakers is now very much a large international game and many buyers and sellers around the world are contributing to it.  For example, over the last few months you might have seen a lot of prices of sneakers drop in price in terms of USD on platforms such as StockX denominated in USD.  This can partially be explained by the slow down in China buying AND the higher USD, which resulted in a lower buying power from other countries such as Canada, Australia and Europe which saw their currency drop like a mother fucker relative to the US.  So as a US seller, it sure does look like you are taking Ls, but the good news is…everything is relative.  So IF my prediction that the US dollar does becomes weaker relative to other currencies in the near future, prices will start going up in US terms and it may “seem” like you are better off.