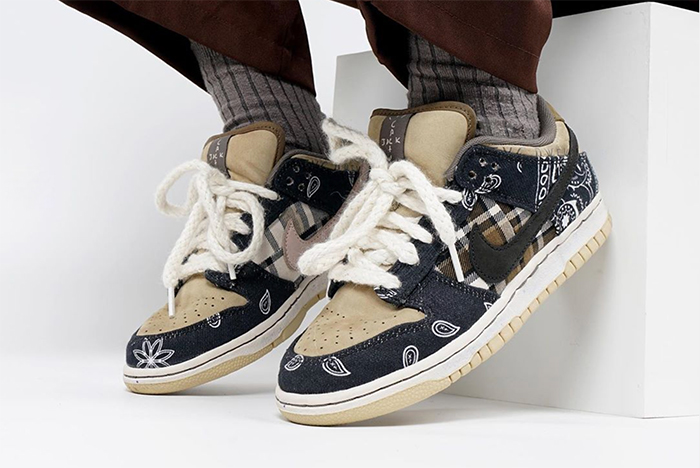 One of THE Hottest drop this year is going to happen this Saturday in less than 4 days and what can we expect from it?  Sure like no other hype release, we can expect no other than everyone including your grandma, sister or even your distant cousin on the other side of the globe will be trying to snatch these for retail.  I mean who wouldn’t try, right?  It’s like a mini payday for anyone able to snatch a pair on release day.  Back in the day it would be a little easier because you simply have sneakerheads competing with each other.  Nowadays, is literally 100x more difficult…If I need to elaborate or prove this point, look no further than one of the stores that will be getting pairs this weekend – Livestock Toronto.

We have 3 days left till the raffle ends and the raffle entries are already 26,000 deep.  Making a very conservative estimate that 100 pairs will be made available to public, the odds of hitting 1 pair is 0.385% as of right now assuming no more entries.  This percentage will probably be even lower assuming more entries and less pairs actually available to the public, which are likely scenarios.  These retail stores are not the one to blame for limited pairs….Nike sets the tone in terms of quantity and supply, so the fact we see so limited pairs is really a how the market has dictated how we see hype sneakers as a whole.

Anyhow,  I wish everyone nothing but luck in copping, but being extremely realistic, your odds of getting a pair at retail is very very slim.  The resell price you’re looking at will probably hover around $1,000 USD on release day and I honestly think this pair will hold it’s price instead of seeing a steep drop.  The last 2 Travis releases were quite difficult to play for re-sellers because if you went hard on release day, you probably got burned quite a bit – atleast for the 6s.  I was surprised HOW long it took for prices for the 6s to drop.  I was so shocked i doubted myself on the prediction and some even said my predictions were bull shit when I said prices would drop to $700-$800 after release day when prices were still trending at $1,000.  They eventually dropped 2 weeks later….phew. The cactus AF1 just stayed stale at around $600 and hasn’t move one bit since, but I still believe that pair is just waiting to pop slow and steady.

Reason why I think these dunks will preform well is the fact this is the first rapper/music artist to have it’s first signature dunk SB.  I can’t even think of one off the top of my head in recent memory.  The younger generation doesn’t know who Futura is.  They don’t know who Richard Mulder or Resse Forbes is…BUT they do know who the fu*k Travis Scott is.  In the past SB lines, it has been heavily influenced by actual designers/artists (not music artists) and themed colourways put out by Nike.  This time having a collaboration with neither of these categories is probably the FIRST in recent memory.  These Travis dunks couldn’t come out at any time better than this with the market already crazy over dunks, I honestly don’t see much reason for prices to plummet for these.  Agreed, $1,000 is a lot of money and is something not the average Joe can afford.  Trust me, I know because even on a 6 figure annual salary and having to pay a mortgage and being a responsible citizen – dropping $1,000 on a pair of sneakers is NOT being responsible and the last priority on your list (assuming you are rational).  But there are people out there with the money either looking to buy to rock or buy to invest.

At the end of the day, I wish everyone luck on getting a pair, but if you don’t get it and looking to pay resell, I still think it’s worth it in the sense that it will hold value in the long run.  I said this once and will say it again.  It’s ok to pay $1,000 for sneakers if you truly love them and plan on wearing them.  I feel like it’s a more rational approach than buying $200 sneakers you don’t love and don’t wear at all.  Just think about it…you can buy these Travis for $1,000, wear them a handful of times, enjoy it…and you can probably resell them for the same price you paid 1-2 years down the line if you ever see the need to get rid of them.  How great is that? A free rental for a sneaker…nothing gets better than that!