Long before Instagram and Facebook there were platforms called NikeTalk and ISS.  Though I personally wasn’t heavily involved in the community at the time, this was THE place for all your sneaker related news and topics shared by sneakerheads.  And long before sneakers were considered a booming industry claimed by experts today…it was a sub culture only understood by those within it.  However, one of the craziest moments in sneakers history (in my opinion) that was once talked about was the highly coveted Nike Dunk Paris SBs ending up in the Nike Factory Outlet.  Yes, I know a lot of you reading this right now are calling bull shit because you’re thinking how would a $35,000 USD sneaker today sell in an outlet.  Up until last week I never had any concrete evidence to share this moment with you UNTIL I was presented an opportunity to purchase a piece of history that I contemplated for the longest time ever on whether or not I should pull the trigger.  At the end of the day, I did it and I’m here today to share a piece of history with you….FOR FREE.

Where should I start…? October 15th one of my followers hit up my DM.  To be honest, I’m really bad on DMs because it’s just impossible to keep track, but just so happened it popped up while I was working.  I get a lot of DMs and inquiries all the time asking if I’m interested in buying XXX pair, so usually I ask them to send me an email with the list, but THIS one caught my eye right away cause he attached a photo and instantly I knew he was serious.  Of course with all things, as long as the price was acceptable I was willing to pull the trigger, but I knew one thing for sure…it wouldn’t be cheap.  I was so torn at the time because this is the same time Travis 6s dropped and I needed to concentrate on buying pairs and at the same time a rare opportunity like this showed up.  I knew I had to decide quick because if I didn’t, others would.   I put in my offer and I said this is the most I could do and if it happens, it happens…and the rest was history… 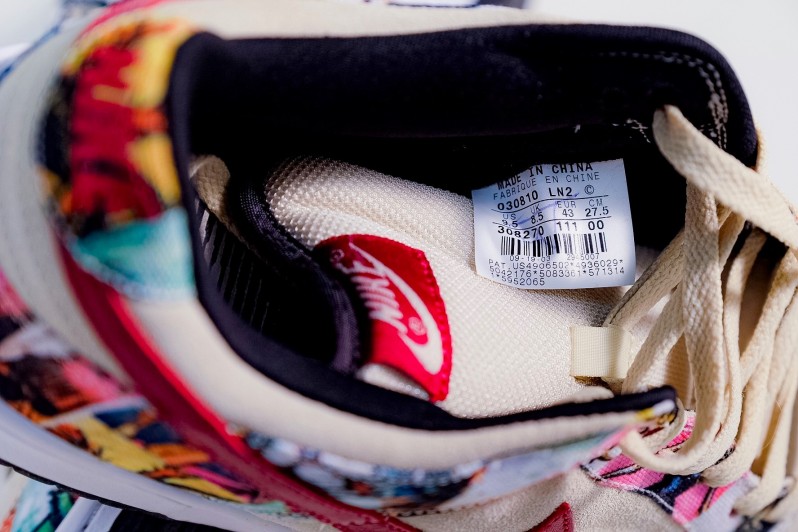 The most difficult part of this transaction was actually the settlement.  How to get a large sum of money to someone that I don’t know across the border and be certain that I’m getting back what I paid for.  Good thing Scotty (@sneakerslut23) from SoleSteals/Sole Supremacy agreed to help me middle man the whole thing.  I had no problem with Paypal gifting to Scotty as we had a good working relationship in the past and after multiple arrangements we finally made it happened and the eagle landed in my hands on Monday and I couldn’t be more than happy.  This one is special.  To me this isn’t a grail I long awaited for to put on my feet.  This is the ONE piece I display and look at everyday and tell a story for the rest of my life to the world.

Now that my part of the story of how I obtained it is done…now to the juicy part.  How did these ended up in the outlet in the first place.  So was the myth true?  Yes, certainly it was because there is now a receipt, box and shoes to prove it.  According to the original owner, these were excess pairs made from size 7-13 US (one of each size) and they got sent to the factory outlet at a price of $39.99.  At the time, Paris dunks were already a grail from the get go so this was definitely no stranger pair to anyone in the sneaker game.  So as soon as they ended up in the outlet the managers knew and of course all the employees bought them ALL before they even had a chance to hit the floor.  This is probably the exact same reason why there wasn’t much info of this pair on the web because no one in the public actually “came up” on this pair because it was already all eaten up internally.  I guess this is ALSO the reason why it’s a box with lid and not with no lid which is consistent with the fact that they never went out on the floor to the public.  According to the original owner, they were reselling for about $1,000 at the time and he literally paid all his coworkers for the full size run and I guess this furthers the fact why we never heard or seen them at all.  Unfortunately this is as much info I was able to obtain and if anyone knows any further info, please feel free to hit me up!

Being in sneakers for more than 17 years this is by far the most expensive and biggest cop of all time.  Some might say I’m absolutely stupid for paying this much for 1 pair of sneaker…and yes I’ve been trying to ration about this purchase before the purchase on how I can justify this much for a pair of sneakers.  BUT the key thing is I guess that convinced me is that this is NOT JUST A PAIR OF SNEAKERS!  This is actually a monumental piece of history in my opinion.  This was the ONLY size 9.5 in factory B grade pair that hit the outlet.  This might possibly be the only pair left in this world that still remains in DS condition with OG box and receipt from that day.  Just think about it…. who would have known this pair would ever sell more than $10k?  Not many people would have thought so a few years ago.  Though I can not say for certain if I’m the only one still with a DS pair from this batch with Og all, but I can say for certain I’m the ONLY one with the size 9.5, which makes this 1 of none in the world today.  So how can you possibly put a price tag to something this rare? 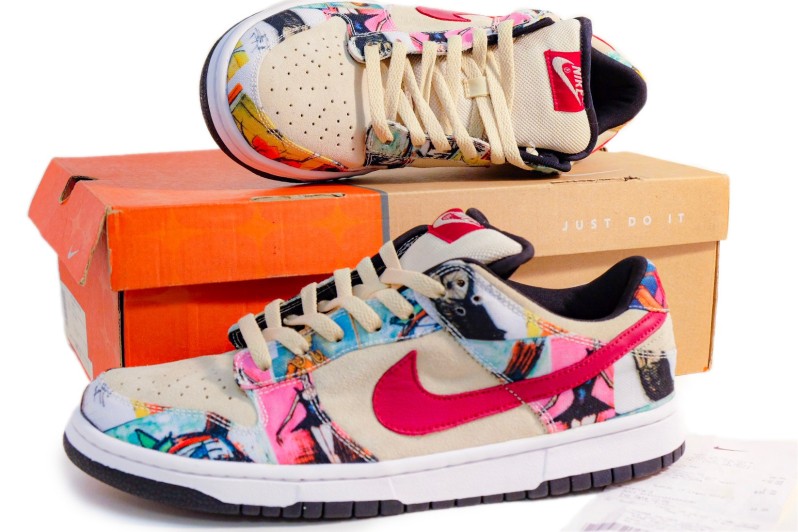 To be honest….had this pair been a regular release pair with the silver box it would have been an easy pass for me because I could always come back and buy a pair as anyone would be willing to sell as long as the money is right.  I told myself…if I passed on this pair because I had to buy Travis Scott 6s…I might regret it forever.  Let’s say I buy 25 pairs of Travis with the money instead and doubled up in a year and have like $50,000 in my wallet.  The problem is even with $50,000 I might not even have the opportunity to even buy this pair in the future.  Let’s say if I didn’t buy them today and another buyer like me that bought them instead that didn’t have an intent to sell no matter the price.  At that point, it’s not how much money you have because if no one is selling…your money is no good.  It’s crazy because Scotty told me he could flip them to someone right away for 25% more than what I paid, would I take it?  Trust me it’s attractive because I would have instantly made 25% for not even touching the shoe at all, but I declined the offer because I couldn’t let go such an opportunity.  With all said and done…. Just know this rare piece now sits in Canada and I’m 100% sure you won’t be seeing these on the market again …maybe in a museum one day… 🙂 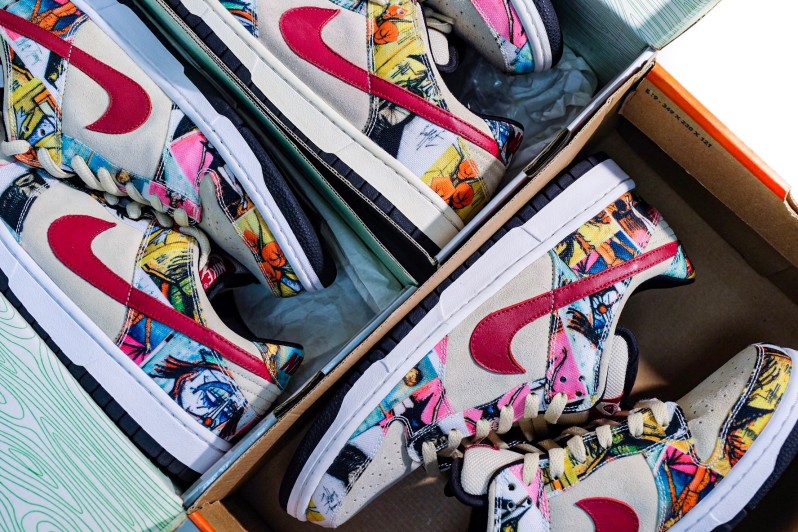