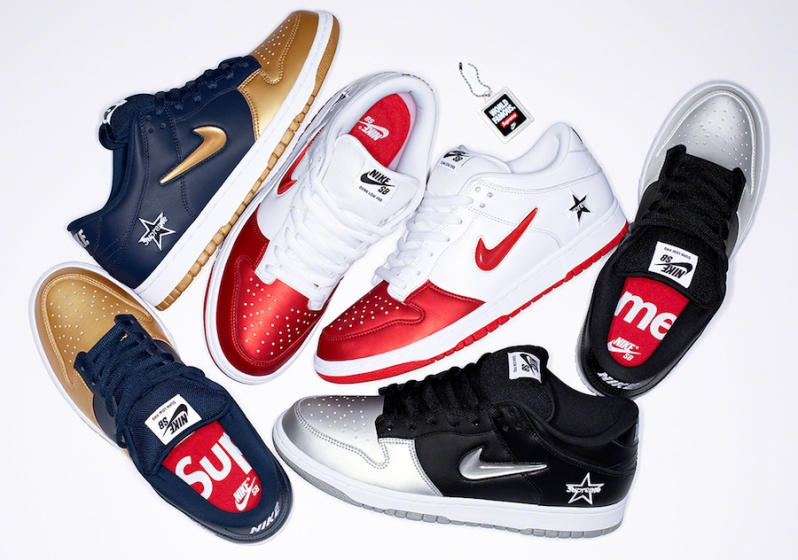 I don’t know about this one ladies and gentlemen.  If you asked me if this was a must cop at current prices for my own rotation, I’ll tell you hell no.  If you ask me again in 5 years, my answer will probably still be the same.  However, if you asked me if I can cop at retail and flip for quick profit, I’ll tell you hell yes!  So are these a hold or are these a quick flip and move on to the next?  Personally this is a pair I don’t think I can ever wear and from this aspect alone I personally decided to stay away from copping pairs on release day.  I can appreciate the inspiration of the jewel swoosh from the 90’s era AF1 and cortez wave, but personally from the aesthetics of it, I’m not a fan.  I guess mainly the colour blocking doesn’t really suit my age and maybe this pair was purposely made to attract the younger generation.  But for sure, it ain’t attracting many people over the age of 30 unless you are a Nike Dunk or Supreme collector.

When pictures first dropped online, there were a ton of negativity about them being not so visually appealing.  Concurrence with my own expectations, I personally thought these wouldn’t do numbers straight out of the gate on release date.  But over the years I learned that just because I personally don’t like something doesn’t mean others wouldn’t.  If we look at anything BUT a money or aka “Chinese” size (8-9.5 US), prices aren’t really going anywhere.  I feel bad for those in the size 8-9.5 range because you’re literally paying more than double the price of a size 13. 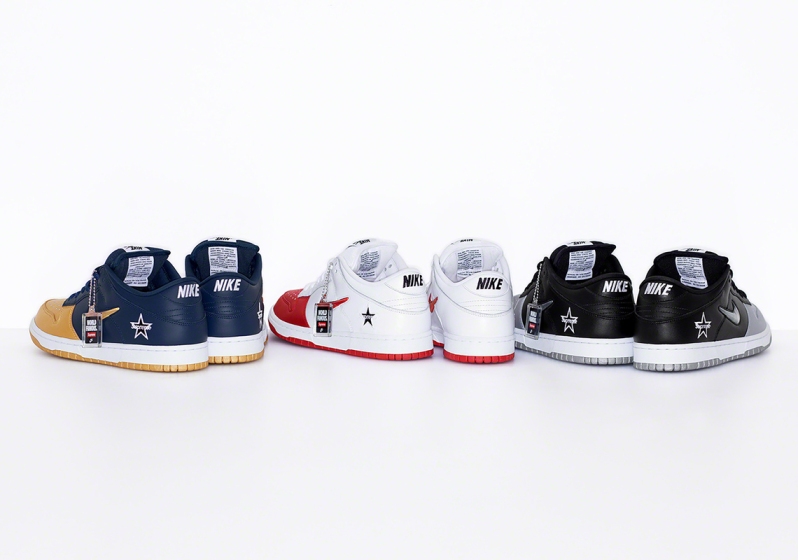 Let’s rewind a bit…Back in the early days of SBs anything size 11 and up would go for a premium price especially in a size 13.  I guess this was due to less supply in this size range for big footers.  However, if you look at current prices this is literally the complete opposite.  I’m not sure if the size distribution is more evenly distributed or it’s just simply the demand for a size 8-9.5 is through the roof.   Regardless, please keep in mind at the end of the day this is still a Supreme collaboration.  Supply will be much lower than your typical Nike or Jordan release and with that said there will always be a demand for them.  Personally I’ve been so ingrained to Supreme’s early releases, anything short of cement print to me just isn’t the same.

In my opinion, I really can’t see this shoe going for more than $600-$700 by the end of the year.  We are in the midst of a hype Nike dunk wave in which literally all prices for dunks are through the roof, but in my opinion there are other more certain Nike dunks out there that is guaranteed to make money in the future than these.  If the Nike Dunk wave continues to be strong, then it would indirectly bring up prices for these by default.  I mean if you copped for retail that’s great, you have nothing to lose and I would keep it to see how far prices can go.  I personally won’t cop any pairs over $400 hoping prices would keep going up to resell as it may take a long time to see a viable profit, but I may consider copping some size 11,12 and 13s in the low $200 range as this price to me is fairly attractive. 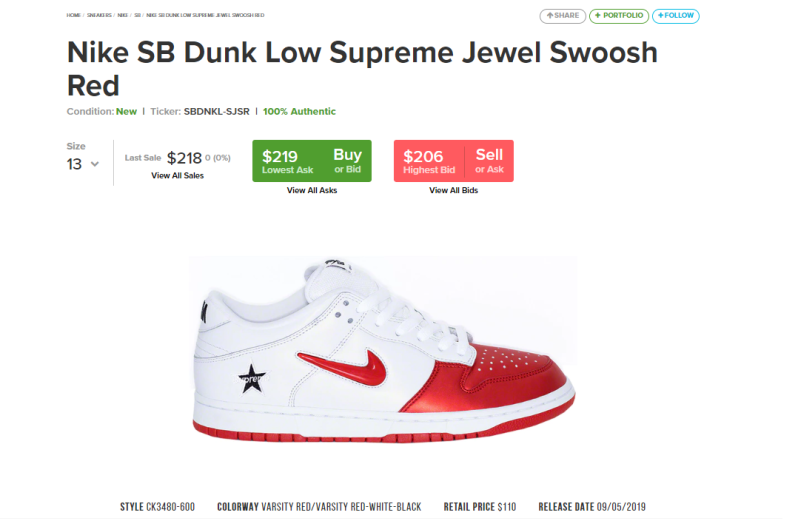