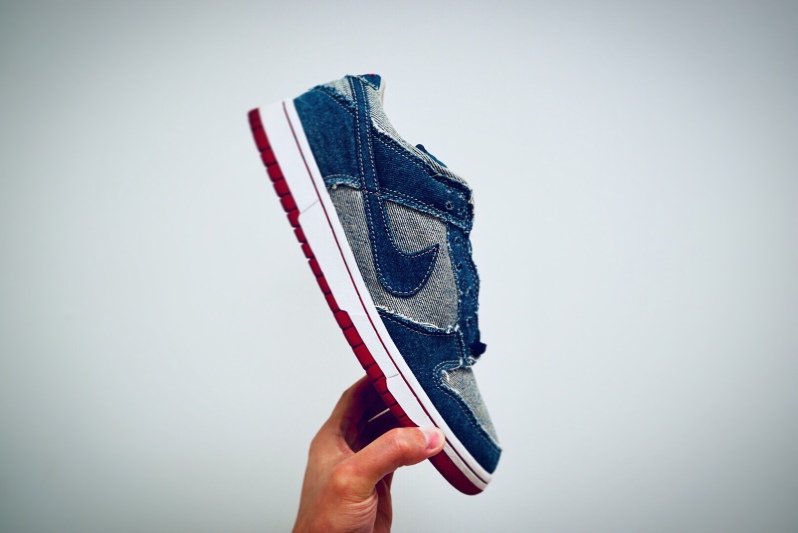 Flash back to the early 2002s when these first released.  The advertised rumour quantity on these were 444 pairs.  The limited quantity coupled with the simple yet visually appealing design was what defined the golden era of 2002 sneakers.  No doubt, every sneakerhead that is now 30 years old and up probably have experienced the best sneaker era in history in my opinion and it literally changed the landscape forever.  If you asked me, Nike SBs was the birth of sneaker re-selling – it was a time where sneakers could resell for 5-10 times the value…that was simply un-heard of prior to this.  But out of all the original pairs that came out during this time period (Mulders, Supremes, Zoo Yorks, Supas), the Denim Reese Forbes was the obvious standout in terms of re-selling price today.  What drove this?

When I first got introduced to SBs back in the day, the Zoo Yorks were the most highly coveted pair back then.  Back then people were already paying $1,000 for a pair by year 2004.  Looking back, $1,000 sneakers was a BIG DEAL.  Flash forward to current time, they are probably still selling around the same price.  However, the major sleeper if some were to look at it now were these Denim Reese Forbes.  Honestly there wasn’t anything special, but I would have to say it is probably the first time denim was introduced into a pair of sneakers (don’t quote me on this).  So you may ask, what does a typical pair of Denim Dunk SBs fetch for as we speak?  You’re looking at around $3.5-$4k for brand new DS.  Over the 5 years of running Netmag, I had a few pairs cross my hands and they were NO where close to this price and we are talking maybe 3-4 years ago.

If you’re scratching your head and asking why the sudden jump in price, it can simply be explained by demand and supply.  Not to name any names, but 1 particular collector decided they want to be the biggest collector and owner of this particular pair.  They were simply snatching up all the pairs that came to the market and of course when you got money…anything is possible.  But then came a point when there were absolutely NO pairs left on the market and when the next pair came out, everyone that wanted a pair just had to up the ante and pay more.  After a few transactions of no success, everyone is going to try top the next offer by offering marginally more to secure a pair.  Well generally this process takes very long to make a re-sell prices go from $1k to $4k, but the relatively low number of pairs in existence escalated the price real quick.  If you’re into business, this theory should be second nature to you….if not, you should think of a different career.

So what am I trying to get in today’s post?  Sure, re-sell prices can get out of hand, but what happens next?  Does it go on forever or could prices come back down?  It all depends.  If you were to ask me on this particular shoe, I honestly would tell you there are probably other better shoes you can make money off for $4k.  I don’t see this shoe going any further than this price point simply because it gets to a point where buyers psychology price themselves out PERMANENTLY.  From my experience, when prices reach a certain point, some buyers just accepts the fact they’ll never be able to obtain it.  On the flip, when prices are just marginally out of hand, we tend to continue to reach for it.  Then comes a point of rationality. You might then reflect and look at the fact of why am I paying so much for this pair of shoe…is it really worth it?  This is when it could be dangerous for the shoe because prices could come down really quick because demand drops off HARD.  Honestly speaking, if I was holding that many pairs in hand with an average cost of say $3-$4k, I probably would be a little worried, but if you’re in the situation where you don’t really plan to re-sell for profit, but to keep as genuine love… then all of what I said doesn’t matter.  But just remember, what goes up, must come down.