Have you ever questioned the day where Fakes would become nearly identical to the authentic pair and what would happen to this industry/culture?  It never came to my mind that this day would ever come because when I was first got finessed with my first pair of fakes was back in 2003 it was quite obvious.  I tried to purchase a pair of Nike Dunk Supreme low Black Cement.  At the time I was poor AF and thought I caught a deal with them on good old eBay.  As soon as they arrived I realized the mid soles were hard like rock and the shape just didn’t look right.  But I still rocked them anyways not accepting the fact I paid $300 for a fake pair, but they were obviously different from any dunks I had at the time.  After 1 wear I finally accepted the fact they weren’t real so they ended up in the trash. This was a time when the internet was just starting to boom and they was no Fake Education or legit check sites.  I believe Nike Talk was just started briefly, but determining whether a pair was fake or not was just straight intuition.  If you fast forward 15 years today, most pairs nowadays you can’t even tell if a pair is fake or not without the real pair in hand for a side by side to comparison.

Whenever there is a lucrative and booming market, there will ALWAYS be imitators trying to jump in to profit off the consumers.  If you ask me whether its an unethical business or not, obviously I would say its un-ethical to a certain extent, but you do have to understand there are people out there willing to pay lower prices for a pair of fakes because they couldn’t afford the real pair.  There is absolutely nothing wrong with that as long as the buyers are buying it to consume on their own.  However, it is not right when they try to sell it on the market as a real pair.  Unfortunately there are a lot of the latter where people are just trying to make a few bucks by trying to flip a fake pair to a clueless buyer.

I must admit, fakes nowadays are getting WAY to identical to the actual pair that I honestly think it will change the re-sell landscape permanently in the coming years.  Though in my opinion highly coveted/priced shoes won’t get affected as much because the prices are simply too high and margin error is too big to neglect.  Whenever a consumer is looking for a Jordan 1 OFF White Chicago per se, they won’t be buying these off some random seller on eBay.  These buyers know exactly what they are getting into and when they are paying the price of a used car for a pair of shoes you BET they will be doing all the due diligence in the world to ensure they are legit.  Plus there are tons of comparison videos and details out on the internet to help.  So fakes will not strive well in this niche because there are too many eyes on it weeding out the fakes. 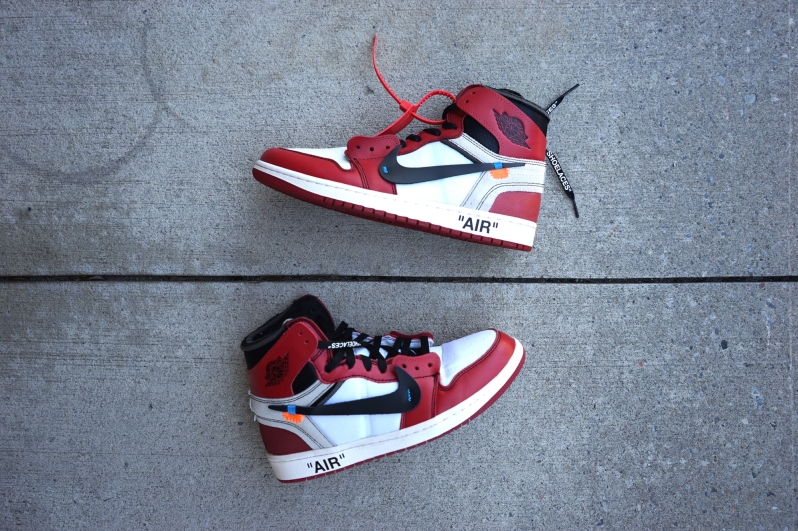 Bottom Pair is Fake and Top Pair is Authentic

The main point I’m trying to target today are these mid-tier shoes such as GR Jordan XIs Win like 96, Jordan 1s Shadows or even Jordan 4 whatever.  For simplicity sake, let’s just take a Jordan XI Win like 96 as an example.   Retail price was $220 and the resell price as we speak is like $250.  Yes, I know the profit margin is sad, but it’s the perfect storm for those that are trying to flip a fake that cost $150 for $250.  The culture has grown so differently in the past few years that every kid just wants the grails.  The whole mid-tier Jordan’s had slowed down so much because if it ain’t off white or yeezy…people don’t want them.  This explains the reason why there is literally no re-sell profit in this niche. 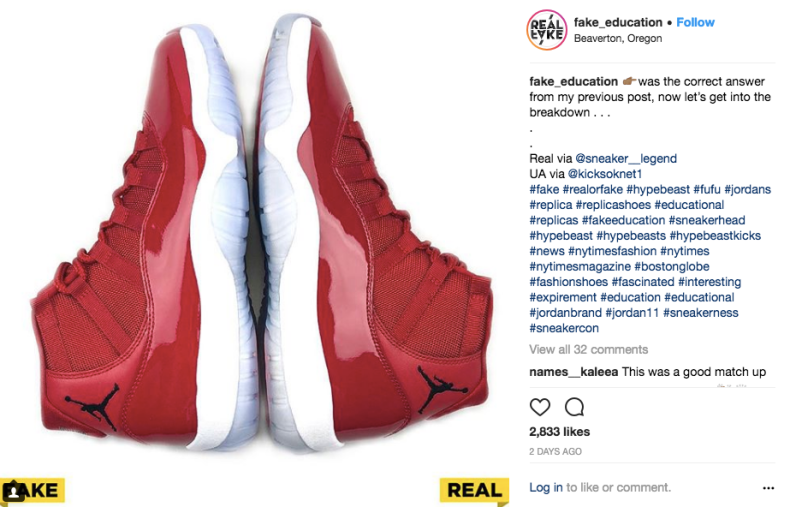 On top of that, the fakes on these mid-tier shoes ARE SO GOOD, there is almost no way you can tell without a real pair in comparison and because the margins are so low and with SOOO Many pairs going around, most buyers probably won’t put as much attention because its only $200 and not $2000.  Keep in mind, consignment shops and reputable sellers only make up a very small percentage of all sales happening in the market.  A lot of the sales happens between individual buyers and sellers. You don’t need to tell me experts at StockX or Goat would catch these fakes, because let’s be real…fakes can come out with version 3.0 that corrects all the flaw points that was previously pointed out by all the “experts” and I’m just saying…it could eventually come to a point where they are 99.9% identical…then what?

Here is the cherry on top for today…. say Jordan has released 1 million pairs of these Win like 96 to the market and say fakes add about 300k pairs on top.  That means there are 1.3 million pairs out there for consumers.  Who knows, the pair you have in your closet right now could very well be a well-made fake had it not come from Foot Locker or retail chains directly.  When there are that many pairs out there, it could suppress re-sell markets permanently for this niche in the near future if it hadn’t already.  You don’t need Nike to stop re-sellers…fake manufacturers that make these 99% identical replicas will do it for them.