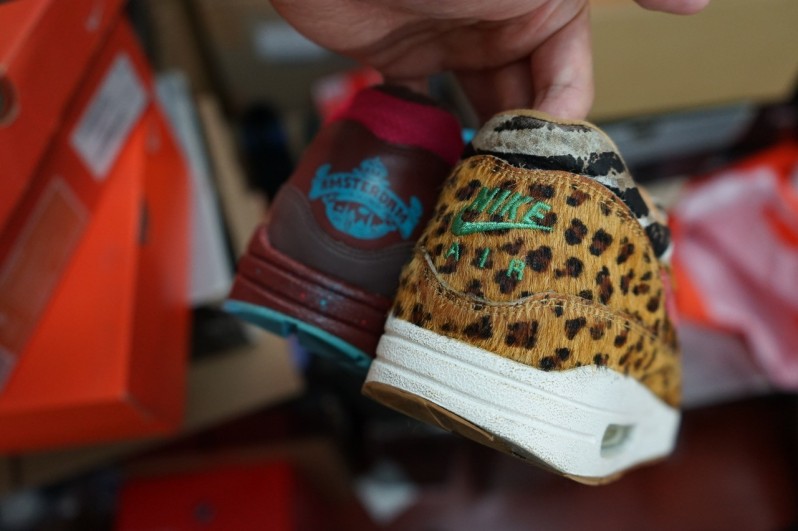 Just maybe 2-3 years ago around this time, one of the hottest topic in the sneaker community was the negativity around “re-sellers”.  Consumers simply hating and complaining they couldn’t get what they want because all the re-sellers were snatching up all the supply and coupled with the fact that Nike and Jordan brand wasn’t releasing enough shoes.  Fast forward today, the entire landscape has changed 180 completely.  If you have been immensely involved in the scene during this time, you should know the answer as to why. However, today I want to discuss the business aspect of being a re-seller in this new environment.

From the surface, all signs pretty much point to the fact that the re-sell game is dead if you’re trying to become a re-seller today. New releases are sitting on shelves, people aren’t spending as much on sneakers and simply the margin is too low to make it a business.  Just these 3 points alone deter 95% of the people thinking of making this a side hustle.  However, this in my opinion makes the perfect opportunity for anyone actually planning to enter the game.  Why?  Because the harder it is, the less competition there will be. Speaking from experience, I’ve seen this trend way too many times.  Once in the early 2000s and once again in around 2006-2008.  During these down times, the sneaker landscape was quiet AF.  Shoes were going on discount and you can easily walk into the store and grab your size.  I always kick myself for not having the business mindset back then to borrow as much money as I can to snatch as many pairs off the market and flip them 2-3 years later, however its NEVER too late because opportunities always comes and goes.

You can argue Nike and Jordan has been pumping out so many pairs on a weekly basis which resulted in the market to fall.  This is definitely one of the factors, but this is also the same reason I feel its the perfect opportunity.  If you’re a Jordan fanatic, this is THE BEST time to purchase shoes because prices are probably the best you’ll ever find them at and deals are all over the place.  From a hypebeast standpoint obviously this doesn’t apply for you because let’s face it…we all want to wear the most expensive and most sought after shoes that everyone can’t get.  However, from a business perspective, you can now buy anything for a fraction of what it used to cost 2-3 years ago with plenty of people looking to get rid of their possession at discounted prices.  Keep in mind, success doesn’t happen over night.  It takes many nights and weekends of hard work to build something worthy and you can’t expect your side hustle/business to boom right from the get go.  Circling back to my point…if you want to be a re-seller you have to be always one step ahead of your peers.  In other words, if history does repeat itself and Nike and Jordans become relevant and sought after again, it’ll probably be too late to compete with everyone on supply.  I’m not explicitly telling you what to do, but to make things clear…it’s probably a good idea to stock up on inventory now while everything is selling for a discount so that when the market picks up again, you have enough ammo to sell.