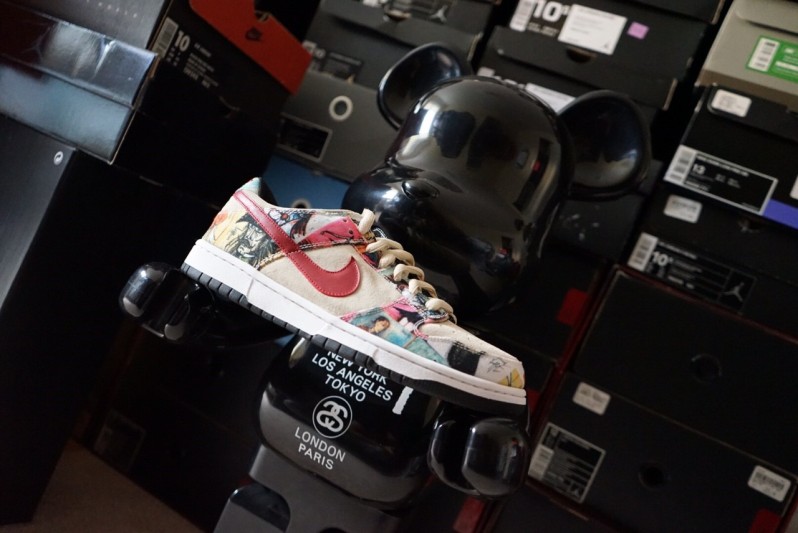 I struggle with this question almost everyday and I can never come up with a satisfying conclusion to this point.  Similar to a lot of you out there, selling shoes isn’t my full time job.  I have a decent well paying 9-5 job and just so happened for the last 4-5 years of my life I chose to make some pocket change at night  after work during my spare time instead of just sitting on my ass on the sofa just watching TV and playing video games.  I’ll be honest…when i first started Netmag I never even thought about making it big.  It was just something I ran with passively along the way, but over the last year or 2 is when I really considered dropping my 9-5 job and pushing full time on Netmag.  But every time I mention this to close ones, I get the same answer: DON’T QUIT YOUR JOB!!!

Even though I could just say fk it…why do i have to listen to others?  I simply can’t because I can’t be selfish and do whatever I want as I have to be respectful of those that matter to me most.  So my next question to myself is why wouldn’t they agree with me?  I ponder about this question almost everyday, but I think I finally figured it out.

My first thought…the social status and perception of being employed and having a good job in society.  So what if I told you I re-sell shoes as a full time job with no store establishment as opposed to being a professional analyst in the investment industry with a post graduate degree?  Well I’m pretty sure all of you are going to think being a professional in the industry with a well paying job is a much better gig than hustling and re-selling shoes to make a living, right?  Moreover, your first impression would most likely be…WTF? you re-sell shoes?  Go find a real job you high school drop out.   I don’t blame you because I guess that’s how society has perceived us to think.   But what if I told you I made more re-selling shoes on the side than my full time job?  Well, guess what? It doesn’t matter because society tells me if your business is not worth $1 million dollars, you’re ‘career’ as a re-seller is still considered inferior to a “professional” analyst working for someone else.

I always like to view both sides of the story and here’s the other side.  Have you ever thought about how much a garbage man picking up garbage makes or that bus driver driving that bus picking you up everyday cashes in daily?  Guess what? They probably make materially more than you – 6 figures to be more specific.  You may think that going to school for many years and getting a degree would equate to higher pay, but I can tell you its foolish to think that way because in this world there are no guarantees.  It all comes down to your willingness to hustle.  Having a degree helps open doors and give you options, but if you’re not willing to work for it, you probably won’t get too far.   I don’t want to disclose how much I have made selling shoes over the years, but you can probably piece things together and have a good educated guess at how much I make on the side if I’m already at the stage of looking to drop my 9-5.  Anyways, I guess for the sake of keeping everybody happy, i’ll have to continue to double agent between the 2 jobs and when I finally say i quit my job in the future…it’ll be because my business is worth $1MM bucks…LOL